Posted by Stuart at 4:20 AM No comments:

Ok well with a couple of weeks…of not blogging there has been a fair bit going on!

Not least of all a two week, three destination vacation which included the target ride of the Tour de Big Bear but before that let me brig you up to speed with the last week of training.

While the training plan was actually a 10 week plan I started a week late and so it became a 9 week one, that actually worked out pretty well as the rest week worked out to be a fake taper week. So Week 8 was low in volume and miles and basically each workout was on a trainer in a hotel jacked into my laptop following along to Trainer Road…boom that was it!

I packed my bike, my trainer and my boogie boards! 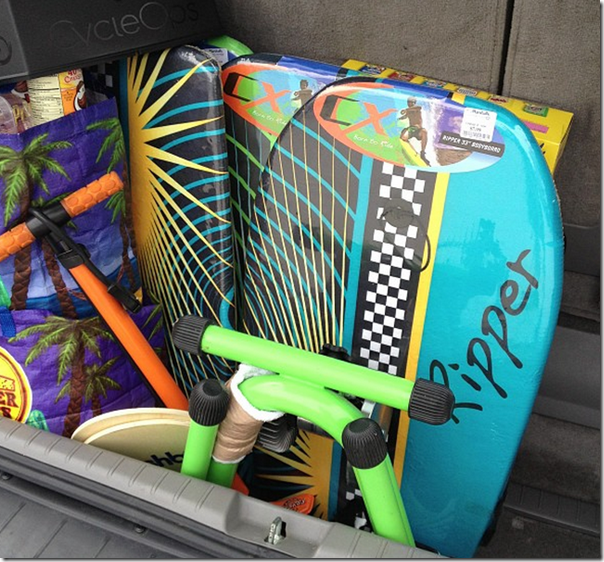 That led into the Tour ride at the weekend, more of that in a longer post of course!