Well that was the year that was!

While this blog may have been somewhat, ok pretty much completely neglected this past year (or two!) it’s not to say that it’s been a quiet year! Here’s a quick-ish run down or how things shook out!

Started with the fourth Day of Four Days to Fitness, 2017/18 was the second year of attending. I had hoped to get there this year but a niggly knee kept me at bay (adulting choice). Four big days to give your CTL and TSS a jump start to the year. FTP Test, 267. BWR Camp; the second year of attending. It didn’t capture the magic of the prior year and the group had very mixed ability both technically and fitness wise, I missed the break on the big day (Saturday) and subsequently the camp was a bit of bust. I opted out of signing up for 2019 based on a conversation with Source Endurance and the fact that there was no evident change to the format. Having ridden BWR twice (as of this post) it’s become a bit of a “been there and done that” event and there are plenty of others that are catching my eye. To improve any more I need to spend a lot of time on my gravel bike and 2019 is not lending itself to that. I am on the fence for 2019, going all in on the Wafer (the shorter event) is starting to edge out the remorse slog of the Waffle. 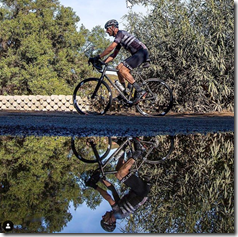 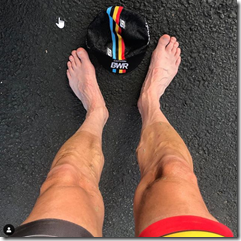 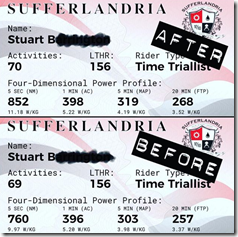 Rock Cobbler and an overnight deployment (IT not military) clashed, I got home at 3:00am and would have to be up at 5:00am to be there on time…not happening! Totally bummed as this was the year they rode through, yes through! Tacoman’s house! I rode locally on the weekend instead. Still the month wasn’t a total bust as I notched up my sixth Tour of Sufferlandria finish! I also started working Apex Coaching on my BWR goal. Started a 30 Days of Yoga Challenge with The Sufferfest as they released Yoga into the App. I also N+1 with a dedicated Trainer Bike. I was able to get a great deal on a NOS 2012 Cervelo R3, exactly the same as my 2010 model (except the BB) and built it up with Shimano 105, the rationale here was the cost of replacing the consumables (chain, chainrings and cassette on my road bike which has Dura Ace was at least $500 a quarter. I was able to get this new bike put together for $1500 and the consumables would be less than $200, so over time it would pay for itself…kinda, sorta! It’s bike math…it never pans out! 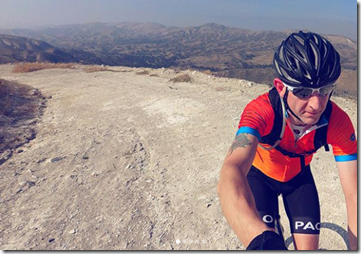 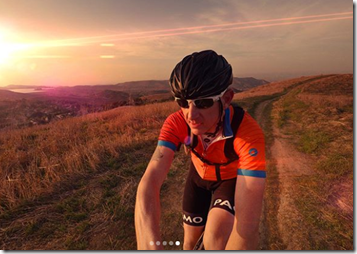 Spandx Stampede 3.0. Headed south to finally get to one of John Hornbeck’s events. Short, sharp and to the point is was only 42 miles or so but with plenty of mixed surface and a goal of trying to find a good BWR pace it was a lot of fun. My early fitness gains from the year helped and I finished well and with an IF of 0.80 and NP of 215 it was a good marker of how hard I would not be riding in April. The next day I headed over to San Marcos and went on a BWR training ride. Self supported, no Aid Stations, download the .tcx file and hang on as best you can. I missed an early turning and lost the main group which worked out well for me. It gave me a good opportunity to ride and look at the course at the same time and I was able to join several dots that had alluded me prior. 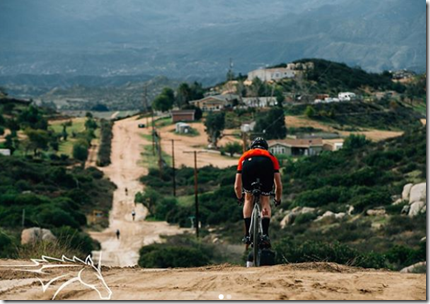 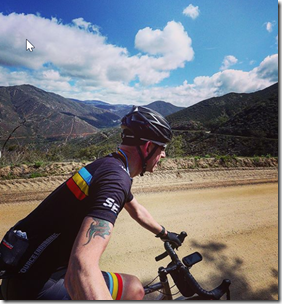 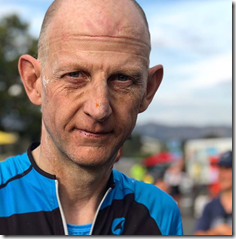 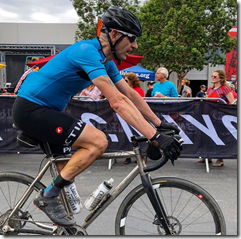 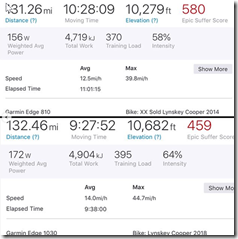 May came and went…I kept on following my plan which would see me into June. I started, but didn’t finish the local Santa Monica Mountains Challenge, 15 local peaks for time. It starts in May and finishes in August. I got a good jump start knocking out 10 or so of them in a month and then the last few never happened. Things were starting to warm up for the summer too which means the lure of the trainer in the cool early hours is always hard to resist. Also did some recon on the Everesting Hill which was scheduled for June. 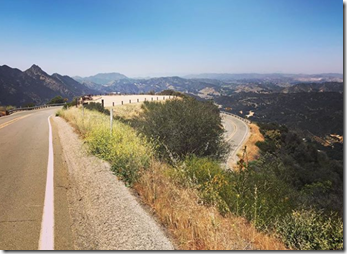 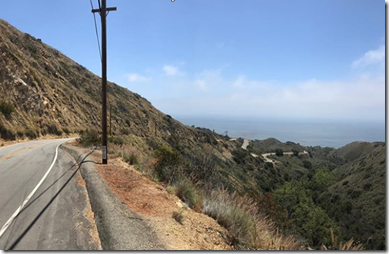 Everesting is really just bonkers. This would be my fourth (out of 5 attempts). Each time the hill has been different. I’ve done long; 7 miles, medium; 3 miles and this would be short; 0.8 miles. Needless to say the number of reps was impossible to keep straight! As per the last (aborted) attempt I started in the afternoon, this puts the ride through the night at the front and means I am not exhausted in the dark! 23 or so hours later I was done! It was more than 150 repeats…. I did consider the High Rouleurs but I didn’t have the extra 4000’ of gain in me so I stepped off. These don’t get any easier, but I expect I’ll do another in 2019! FTP Test 269. Sufferfest Full Frontal, in addition to the 20 minutes you get two all out Sprints, a 1 minute and 5 minute test too! I’m never one to hide my numbers. The marginal gains do not outweigh the losses. I messed up both 5 second sprints and the previous 852 was not from my last FTP Test. I nearly threw up during the 5 minute interval. I wanted to get off with 9 minutes to go in the 20 minute interval. I had a stopwatch running and broke it down into 30 second sections. The final minute actually went well. As with most FTP tests is as much art as science and I’ve done enough to know that the losses are not not to total sum of the parts. Yes I am a Time Triallist...with most events on my calendar rarely less than 100 miles and some more than 200 it’s the right profile. I end with the statement that this is highest my FTP has been in the 6 or 7 years I’ve been using the Sufferfest. 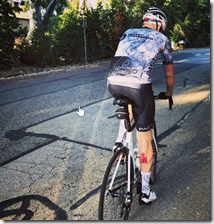 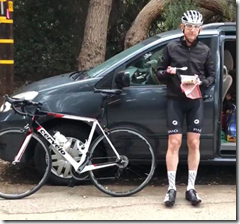 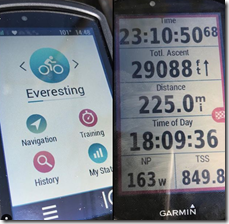 The front end of July was spent recovering from Everesting…funny that! The back end was spent in Colorado. Becca was racing the 70.3 there and we took the opportunity to spend 10 days or so in and around Boulder. It’s our long-term destination and this was also a good chance to drive around the different neighborhoods and see what’s what. Boulder/Golden/Gunbarrell yes, Longmont no! Of course, I threw (lovingly placed) a bike or two in the Van for the trip! I was able to have some fun on the Colorado gravel but more fun than anything was the ride up Mount Evans! 28 miles with 6400’ of gain and finishing at over 14,000’ on the highest paved road in North America! Other than sucking the Os like they we’re going out of fashion this seemed a much easier (and shorter) ride than Mauna Kea last year! 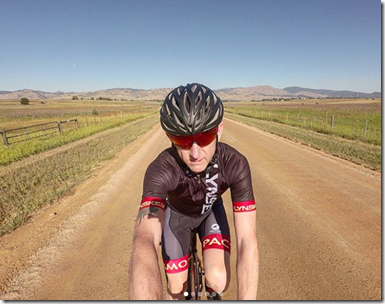 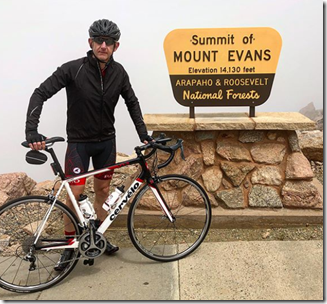 Back to home and back to work proper. The first week was an ease back into things and then back on the second round of Coaching from Apex, this time starting long range with an eye on going back to Kansas for the DK200 (or maybe the 350XL if I didn’t get a lottery slot. Time on the Trainer during the week and long rides at the weekends. Solid 200 mile weeks…tick, tick, tick!  Becca even came with me at times! 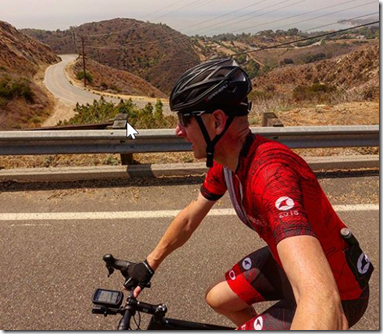 Spent much the same as August. I had a rest week and was back at it. Back to Back metric Century’s on the weekend and then at the end of the month I broke. I was pretty fried and took a couple of unscheduled rest days. That was all I needed and I bounced back into October feeling strong. Thor rolled a pretty big milestone too, he’ll turn 9 next year, in dog years that’s 61, so now he’s only a bit older than me! 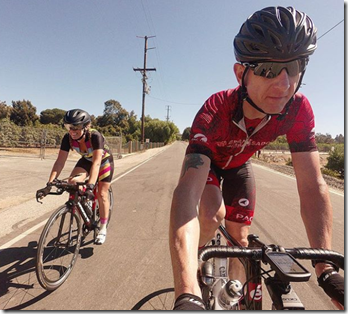 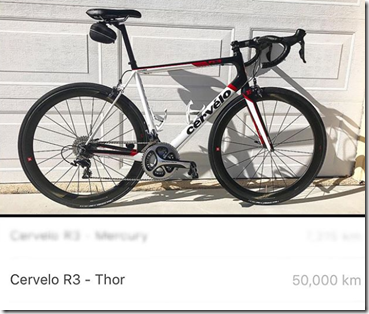 Second 1000 mile month of the year. I knocked every session and every week out of the park. 61 hours on the bike for the month and 90% was structed training on the trainer. Another round of Yoga from the Sufferfest was keeping me from seizing up and I was feeling stronger. I planned to go to Grapes or Wrath Gravel Ride but it didn’t plan out and so I took the vacation time and had my own Juice Box Camp, three days of solid riding, Day 1 was a metric Century, Day 2 was a getting lost on the gravel bike an covering 40 miles in 6 hours and needed rescuing! Day 3 spent recovering on the trainer! Success in my book! 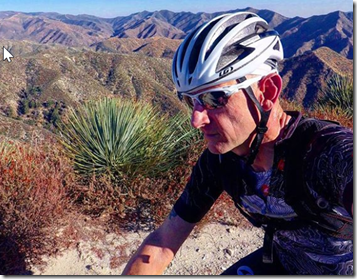 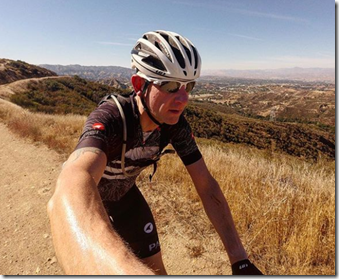 The Woolsey Fire was raging all around us. Training was confined to the garage and after a while we didn’t even do that because the air quality was so bad, We left town early to head back to Tempe for Becca’s A race, Ironman Arizona, she had a great day but not quite as great as she hoped for coming in just off the podium in 7th place, you can read about it here. I chased her around the course all day and had some fun with spray chalk! I was also able to get some miles in on the Beeline Highway, I hadn’t ridden on that since 2012 when I did my Ironman there, it was nice to break some Strava PRs but it was pretty cold getting the rides in early! 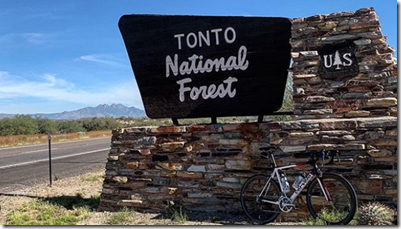 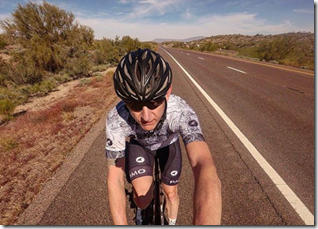 After watching them have fun for a year I joined the local Tri/Cycling Club; Conejo Valley Racing (CVR). I decided I need to be more social and I need to ride outside some more so having someone to ride with at a set time on the weekend is a good incentive to get me out of bed and out of the front door…rather than to the garage. FTP Test 267…bummed but a 2 watt drop in the year makes me wonder if I have hit that ceiling?! I helped one of Becca’s Athletes meet his Century Ride goal of the year and led him around the local area. So here we are today, that last day of the year…I just (yesterday) completed the Festive 500 and had my last ride of the year today on the Trainer…shocker!! I just completed my biggest week ever with 330 miles on the board! 300 miles are never a gimme, 315 of these mile were outside! 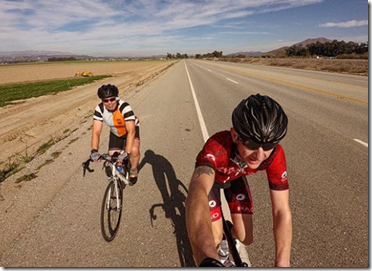 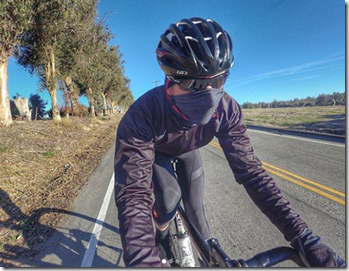 All in all a solid year. While my mileage was down compared to last year I do feel that using a coach has meant I have had quality vs quantity.

I met (or was pretty close to it) my Race goal at BWR, completed another Everesting and rode up Mt Evans. It’s been more a year of experiences rather than race starts…I did a pretty good job of actually missing those! I chased Becca around a Marathon, 70.3 and an Ironman and she chased me around BWR and up and down several mountains! We’ve laughed lots, cried a bit, had tons of fun and that’s all that really counts. Neither of us are Pros, but we love what we do, love supporting each other doing it and love each other!

I am not sure I could ask for more really…well maybe our kids could like cycling (or run, swim) a bit more than they do but maybe our examples are slowly sinking in, we do have one XC/Track athlete now and one wanting to run track and another who joined Boy Scouts so we’re getting there.

So as for 2019, big adventures are coming, lots of cool events have appeared on our radar, some Becca and I will do together and others we’ll support each other at, bring it on!