Today is a rest day so I can write this up with the risk of the numbers changing.

What can I say it’s all about the run, run and run.

As I am monitoring the terrain training this is how it’s shaping up. 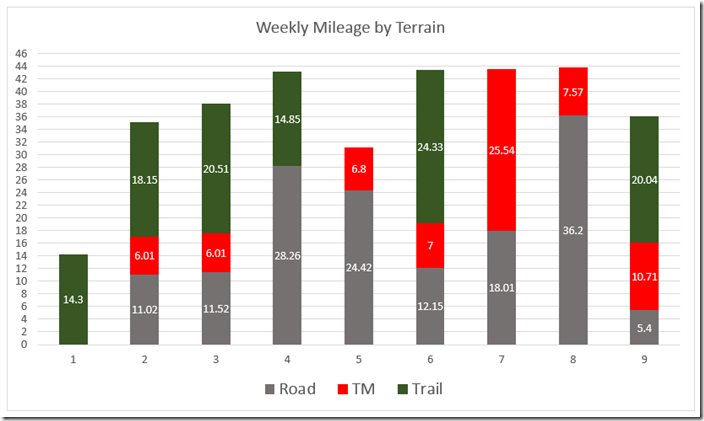 As you can see overall a drop in trail running, this is really a function of life more than anything, as you can see Week 7 is over 50% treadmill, that’s just the way it is some weeks. I have a 20 miler coming up this weekend which is the first of many and the following week is the Pt Mugu 18k race, I will have to tack on some extra miles to keep to the plan and it’s only a tune up race, the Marathon is 5 weeks away.

Posted by Stuart at 4:22 PM No comments:

This week was a step back. It’s pretty standard practice to build for 2 – 3 weeks and then step back to rest and capitalize on the gains. It’s come on the back on a solid three weeks of 40+ miles each and also coinciding with a pretty busy and stressful week at work so it was well timed;

So this is how it shook out;

And that was the week. Back on chain gang next week. Pt Mugu race in 2 weeks and Santa Clarita Marathon in 5 weeks!

Posted by Stuart at 6:28 PM No comments:

Running Styles…which one are you!

I came across and it made it me laugh...
Posted by Stuart at 3:18 PM No comments:

This week was basically a rinse and repeat of last week although it cooled off some so I managed to avoid the treadmill with the exception of one day! 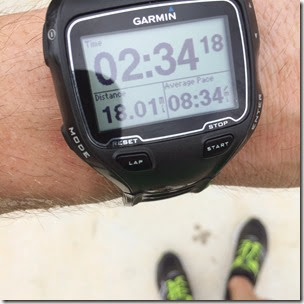 Next week is a rest week…phew need it!

Posted by Stuart at 6:13 PM No comments:

Another build week. Just racking up the miles. This week the temperature went up a notch, the week got warmer and warmer as we got closer to the weekend! Additionally it was just one of those weeks from work when all you can do is fit stuff in around it, as a result 4 out of 5 runs were on the treadmill! 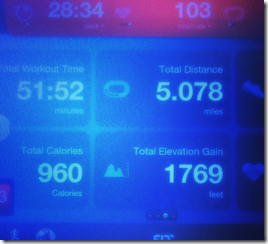 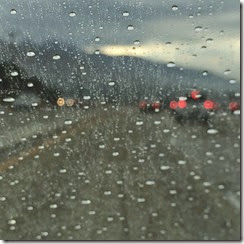 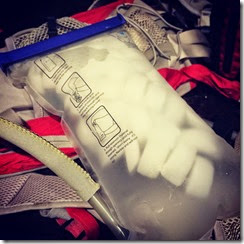 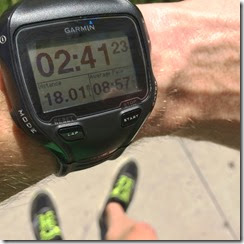 Posted by Stuart at 5:53 PM No comments:

Review; The 1929 Bunion Derby: Johnny Salo and the Great Footrace across America

You might think that Ultra Running is a fairly new endeavor but In fact it’s been around for a long, long time. One of the earliest versions was the Trans-American Footrace or as dubbed by the press “The Bunion Derby. The Bunion Derby was conceived and planned by CC Pyle a somewhat flamboyant and flashy sports promoter who had organized the inaugural race the year prior form Los Angeles to New York. A year later, in 1929, the second and final running took place over the reversed route from New York to Los Angeles. This book focuses on the second year of the race 1929 and specifically on Johnny Salo and his competition to the finish line with Englishman Pietro `Peter' Gavuzzi.

The book is well written and engaging and does a great job of describing the day to day activities of the runners and the travelling caravan and convoy that moved from town to town supporting them. In addition there is a great deal of detail capturing the overall feel of the times. 1929 was the year prior to the Great Depression. The Dow Jones Industrial Average peaked at 381.17 in September a height it would not reach again until November 1954 as the country toppled over the precipice of change when Wall Street crashed in October that year. Underfunded from the start Pyle was reliant on towns paying for him to “come through” so he sell tickets to the traveling vaudeville company which contained dancing girls and minstrels. Ticket sales funded the day to day operations of the race.

It’s hard to imagine that this is 85 years ago but the difference between then are now is staggering. The challenges that face long distance runners today are multiplied over and over again. Gu and Gatorade are replaced with Coffee Mate and cold steak. Lycra clothing with wool and flannel and your favorite pair of runners with leather soled shoes and long socks! The race started in March and completed in June, this left the runners running through a wet spring in the East Coast and running through the early summer heat of the West. Without giving the game away, although the result is listed below, the race leaders changed often and it was a race of both speed and strategy. The final day was a marathon race in Los Angeles to determine the winner!

Rather the go into massive descriptive detail here’s a short video with some great coverage from Pathe News, unfortunately there is no audio but you get a real sense of what the times were like

Overall I really enjoyed the book, it’s well written and the pace of it makes you want to turn the page. Unfortunately it’s taken me some time to finish it as life, work, kids, training and all that good stuff have generally y got in the way!

Available on Amazon and other good outlets it’s one you should add to your reading list.

Other praise for this book;

"Charles Kastner is an expert without peer on the great bunion derby races across America. No one knows more about their rich history and these men, who ran extraordinary distances under uniquely trying circumstances. Kastner's book is a fascinating glimpse into the lives of athletes who not only transcended the boundaries of human endurance but remain mentors for all of us who want to achieve more in our lives." —Marshall Ulrich, Extreme endurance athlete and author of "Running on Empty: An Ultramarathoner's Story of Love, Loss, and a Record-Setting Run Across America

"This book reveals how C. C. Pyle and so many others who are part of our strong national ultramarathoning history persevered in such challenging times! Wonderfully inspiring."—Gary Theriault, ultramarathoner and ten-time Kona Ironman triathlon finisher

"It reads like a tale of shipwreck survivors adrift at sea. Yet these men could end their suffering at any time. They chose not to because they saw a better future, a chance to deepen their human experience, or both at the finish line. Kastner’s commitment to accurate historical documentation combined with gripping personal accounts of the race make for a compelling and motivating story."—Kevin Patrick, Washington, DC, reporter and ultramarathoner

This book was provided free of charge by the author’s Publicist. See previous gear reviews in the tab above. If you have a product you’d like reviewed, contact me at quadrathon@gmail.com.

A bit of backfill as the blog has been somewhat neglected this month; 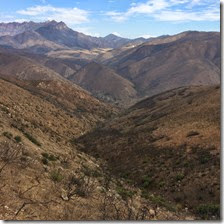 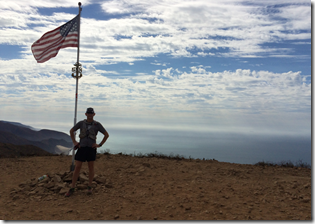 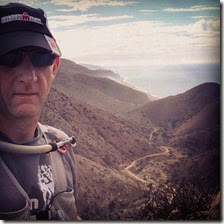 Much the same next week…let’s get this done!

Posted by Stuart at 1:13 PM No comments:

Summer is drawing to a close, at least from a calendar point of view, there is no break in the weather around here although all things being equal we have had a pretty mild summer! Not surprisingly August became a run focused month with my training for Santa Clarita Marathon, starting on August 4. So the tally for the month went like this;

Obviously a significant bump in run miles, my previous biggest month this year was 91 miles so I am getting close to doubling it…yeah about that 10% rule!

In terms of the terrain for the month it broke down as follows; 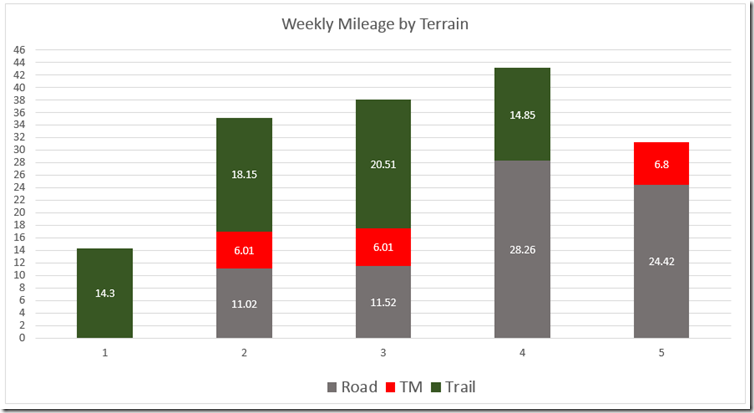 Trail mileage in terms or a percentage was a less than I hoped for, I was really trying to stay above 50% . That being said I did have a great race at the Bulldog 25k. Week 1 was actually pre training plan which skews the numbers a bit but trail miles are trail miles!

September is really more of the same, three weeks of build and a step back week and the totals should be something similar to August.