In much of the spirit of this blog this year this race report is neglected and late and anyway it wasn’t a race and yawn and blah and whatev’!

The morning was cold, 55F, it got hotter during the day and topped out at 104! That’s what my Garmin said, although I think that’s actually a temperature taken when the bike was sat in the sun, which it was…a lot! More of that later. The start was staggered based on your distance as we were signed up for the century we were the earliest to go. We set out conservatively, a combination or pacing, the unknown factor; the altitude and not wanting to end up in a pile up in the first five miles meant that discretion was a good plan. The first climb was uneventful and it was an out and back, we skipped the Aid Station at the turnaround which was busy and bustling, the return was also uneventful and then at the next Aid Station we stopped for a strip of bacon and a pee. At that point we were around mile 25, it’s taken 1:35 and everything is just hunky dory! 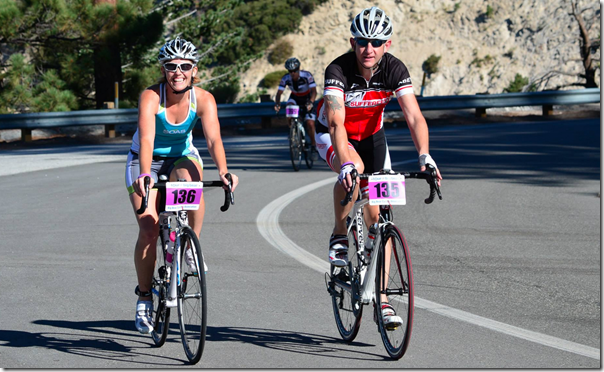 The next 15 miles are flat and fast and I tagged onto a couple of faster riders and we zipped around Baldwin Lake for another 50 minutes. From there it’s uphill for 7 miles to the top of the first summit; Sugarloaf Mountain at about 8500’. This was the 70 mile ride turnaround point. Becca decided to stop here…I was not so sensible. We agreed to meet up in a couple of hours after I finished the 30 miles out and back. 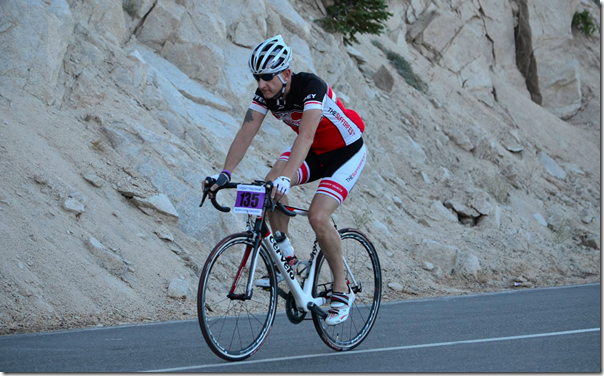 The downhill went down and down and down for 2000’, basically lower than the start point! A couple of short sharp, well not so short climbs and descents for a total or 10 miles and I was faced with the ascent back up Sugarloaf Mountain, so in total this was 15 miles of climbing! I started out fine but two miles in I bonked hard. My HR was north of 160bpm for 35 mins non-stop which for me a real no-no on the bike. 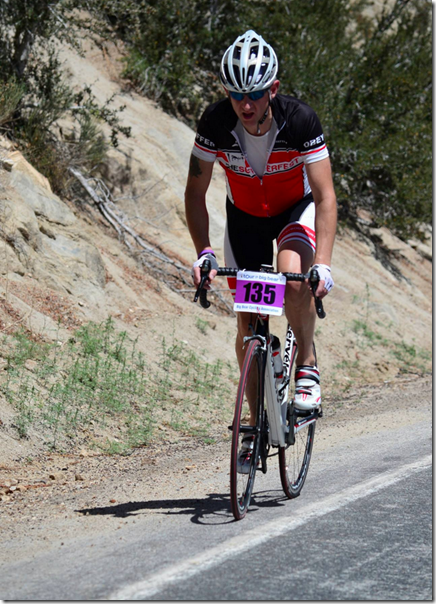 I took several stops to get it back under control and finally topped out where I met Becca and we nursed our way back along the last 25 miles to the finish which included a doozy of a climb; a 15% residential road. That being said everything was better after a stop for 1,2,3…4 ice lollies! 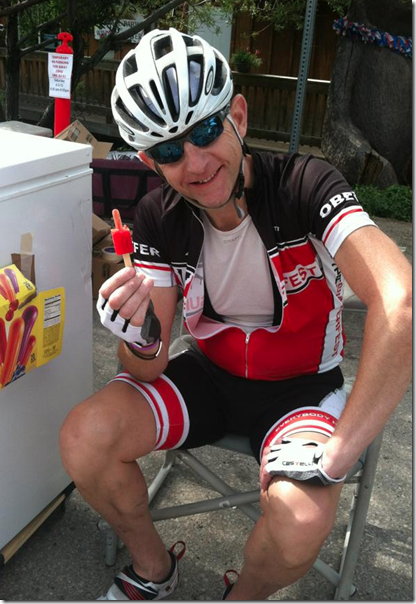 We we one of the last riders in and the sweepers were on our tails, but we finished with a smile and we headed home for burgers and beers!

Extremely organized and well put on this ride really is a lot of fun but don’t underestimate it is best described as ball busting…see you next year!

And that was that!

Posted by Stuart at 1:03 PM No comments: