Five ways you can watch Professional Cycling on TV when it’s not on TV!

Cycling season is upon us, in fact it started back in January with the Tour Down Under kicking things off and is now ramping up with the Spring Classics underway.

I have been in several conversations with people on where and how you can actually watch the events and I thought I would try and consolidate my findings into one place that hopefully is useful. This is probably a “living document” that will get updated as the season unfolds and so as such this is the first pass. That said the information is retrospective, that is this is what I have done in the past, there are no guarantees that this will work in the future.

Just to set the baseline, I do not have cable or terrestrial TV, I cut the cord several years ago and so everything I watch has to be streamed “over the top” through a reasonably fast internet connection. Due to where I live I am limited on the last mile to Time Warner.

From my experience of most races there are usually one or two companies providing actual coverage, this stream is provided to the broadcasters who then add their commentary. If you had any thoughts that Phil and Paul are flying around in a helicopter they’re not. They are usually posted in a commentary booth at the finish. This is why you can see the same coverage on two broadcasters with different commentary.

One of the biggest issues you can encounter is that of geo-restricted coverage that is the owner or broadcaster restricts the coverage to certain countries. This is workaroundable, see the VPN section below. 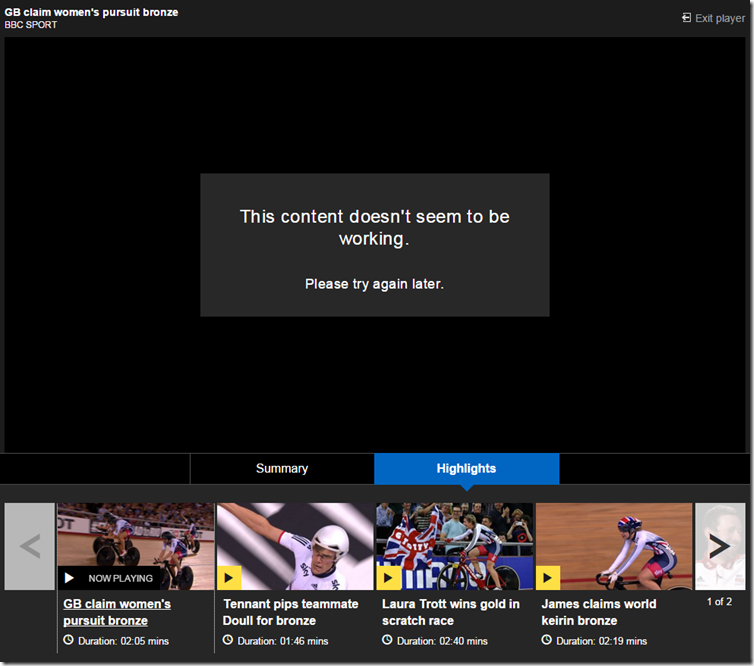 YouTube.com; if you don’t mind watching a day or so after the event you will be able to find coverage of most races here. The older the race the more easily it is found. Some posters are kind enough to create playlists others don’t. A lot of the coverage is in a foreign language so hunting around for English can be tricky, assuming you don’t speak Flemish, Russian or French. Sometimes the coverage is live but for European races if you are on the West Coast this is often in the middle of night or you can catch the last 20kms over breakfast. This is free service unless you use Red which removes the advertising. If you’re watching on your phone, tablet or pc the easiest way to get this to the TV is via a Chromecast or via the YouTube app built into the TV.

Cycling.TV; they provide Live and As-Live (basically Live but on demand) coverage of many of the non Grand Tour Races and Highlights and Recaps of the Grand Tour Races. Coverage starts in January and wraps up in October. It’s presented in a browser window which is disproportionate to the size of the screen (see below) but you can increase the zoom for ease on the eyesight. There is new UI coming along with Android and IOS apps too in the future. This is subscription service which costs US$80 a year. They are based in the UK and are super responsive if you are having technical difficulties such as encountering geo restrictions. It won’t work on an IOS device until the new update comes though as it is Flash based. 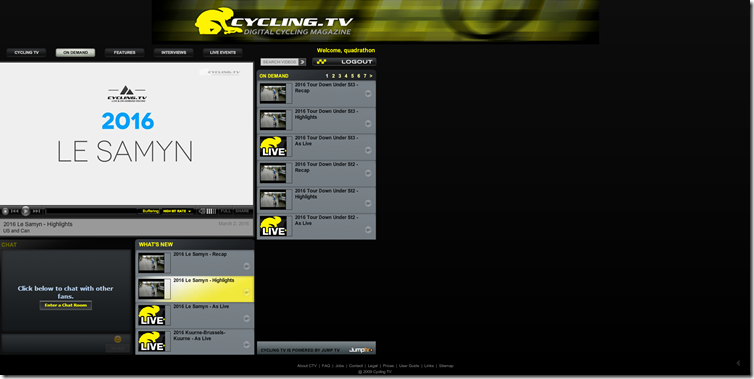 SteepHillTV.com & cyclingfans.com; these sites do not provide any direct coverage, they aggregate the locations that you can find broadcasted coverage. They are both good in updating content providers as race day approaches and often list out the options on a per country and per provider basis. They usually have links to photo galleries too after the race. Both are good resources and provided good places to start. As you can see they are more focused on content than presentation. 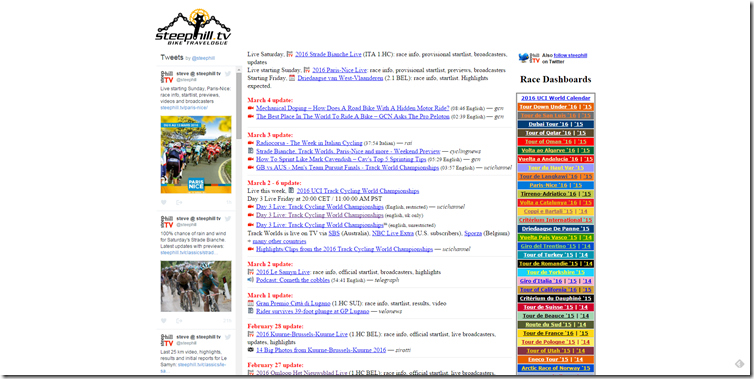 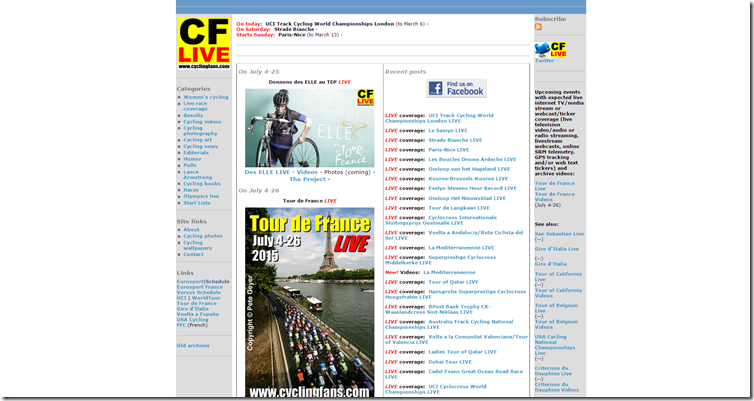 Apps; for the last 3 years I have used a Tour de France app from NBC, it has cost $20 and provides multiple information steams including complete coverage of each day’s stage, rankings, highlight clips route maps and so on. The nice thing with this is that you can go back and re-watch the stages from prior years. As an iPhone user and have the ability to throw this to my TV screen via my Apple TV. I am hopeful that this will be the same solution for the 2016 race. Similar apps that I have used in the past have also provided coverage for the Amgen Tour of California (free) Giro d’Italia (free) US Pro Challenge (free, but no race in 2016). There are several others that you can find that provide highlights and recaps including Social Peloton, U-Cycling and Flanders Classics (free). The Cycling News Tour Tracker has been pretty good too but it’s waiting for a 2016 update. 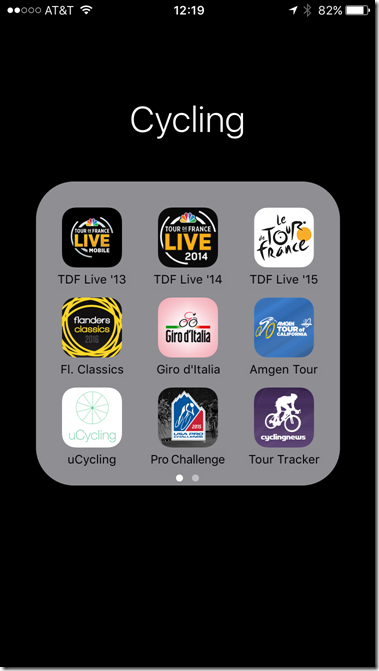 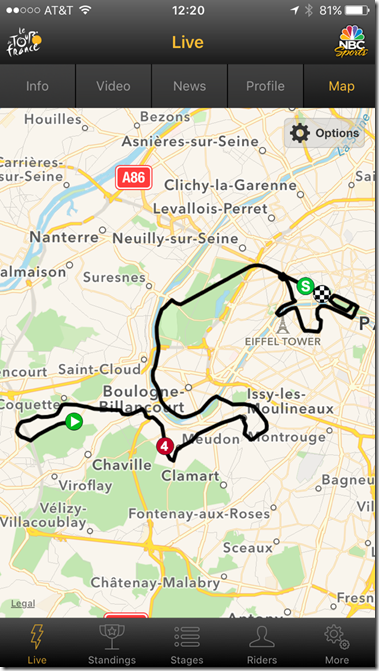 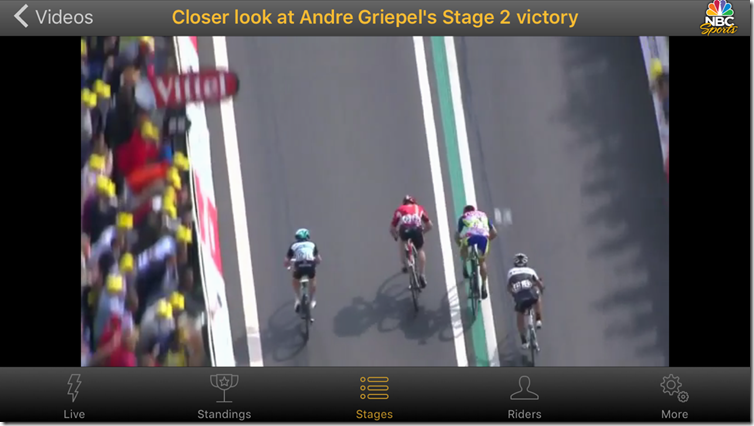 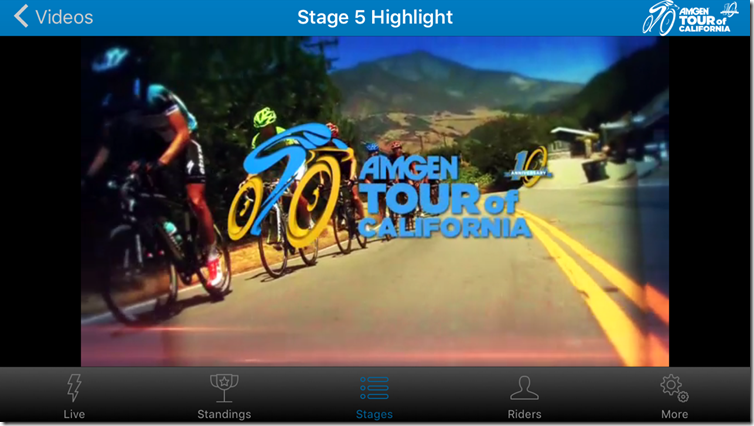 Eurosport, the BBC (and overseas TV in general); as mentioned geo-restrictions limit who has access to certain coverage. The UCI is notorious for this and they usually limit the viewing to Switzerland, where they are based and the host country. Remember while the UCI is the governing body of all the Professional Races they actually only put on a few events themselves which include National and World Championships. The simple way around this is a use a VPN (Virtual Private Network) to spoof the provider into thinking you are somewhere you are not. There are many providers that do this, personally I user TunnelBear. It’s simple, works well and has apps for mobile devices. It’s free up to a certain amount of bandwidth and then you have to pay for an all you can eat monthly $7 or annual subscription $49. Most recently the CX Worlds in Zolder, Belgium were locked down and as I write this the Track Worlds in London, UK are the same…boo! 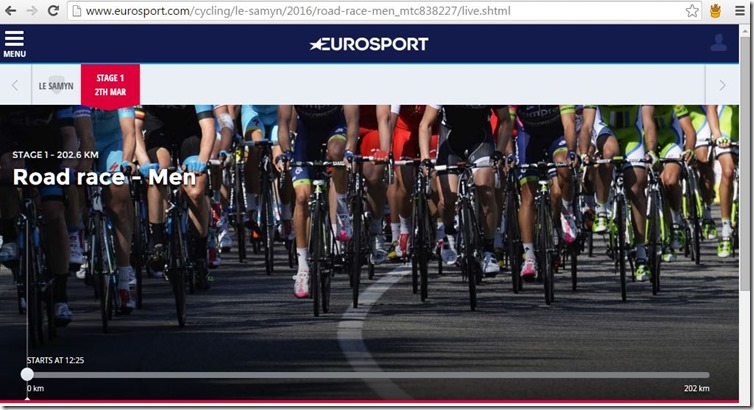 Below are some screen shots from the Track Worlds that were Live from London with and without TunnelBear, the little bear is in the top right hand corner. 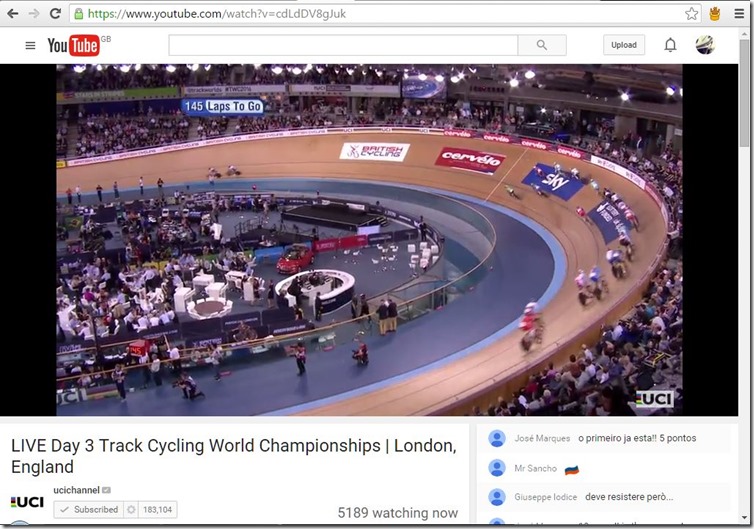 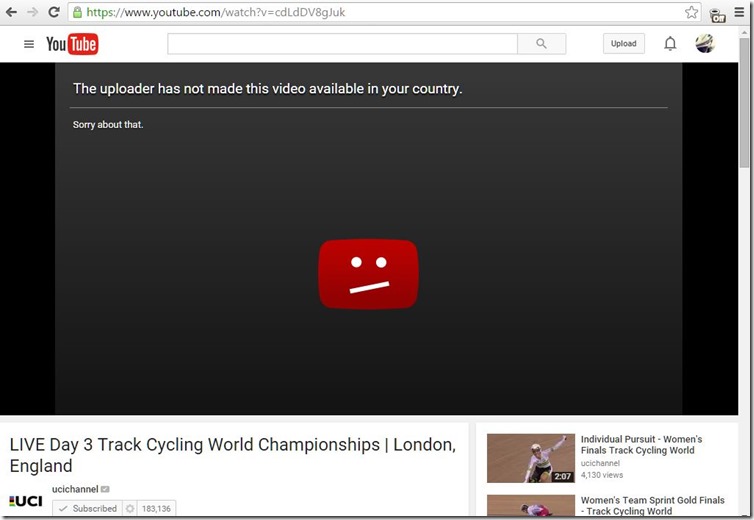 Back in the USA!

Just a note, if you are using a VPN for work then using TunnelBear or any other solution may not work due to split tunneling issues.

So hopefully if like me you struggle to find coverage of the races you want to see this list may provide some help. I’ll update it as I come across other options

Do you use something else, leave a comment below.