Today I was up bright and early a’ la race day, but for me no racing. I was heading off to Pt Mugu to spend the morning volunteering at the Pacific Coast Trail Runners Santa Monica Mountain’s race. This is the site of my very first ultra, a 50k, a scant two years ago!

As a runner PCTR races always have such a good vibe; friendly, welcoming and as much as a run with friends than a race. Being behind the scenes today proved no different plus it was a good opportunity to catch with some old friends; Billy and Sara and make some new ones; Evan, although I am sure the reason everyone else wanted to know me was the fact that I was in charge of the soup and chili rather than the quality of my conversation.

Anyway I always knew that being a Race Director was hard work but I have a new found respect; Sarah and Wendall are at it pretty much non stop all day, in addition to this race they put on another 30+ up and down the California coast and they’re talking about bringing more to SoCal; today was sold out; a first!

Other than the chili it was very rewarding for being thanked for 'being out there' something I try to always do to volunteers and the folks who man the Aid Stations and without whom a lot of these races would fall flat.

All the volunteers were kept busy so there are not so many photos; thanks to Billy for the ones of me and in fact most of those below.

As I posted on my Facebook profile; "....I was given a stark reminder of how I miss the trails...still I caught a good whif of runners funk and some salt air at Point Mugu this morning and that will have to do for the next 6 or 7 months while I pay my tarmac dues!" 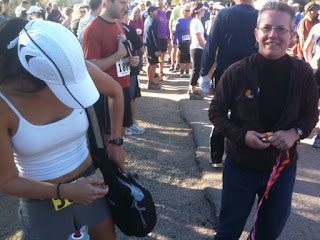 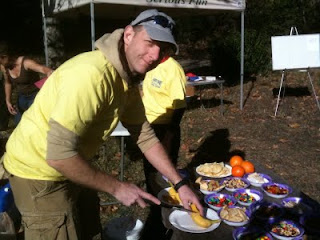 Three pieces of banana and one finger later! 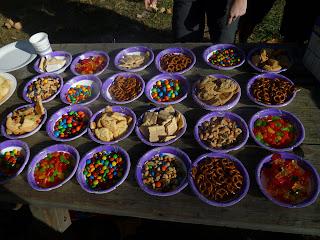 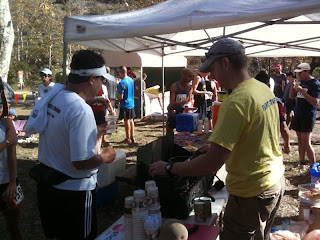 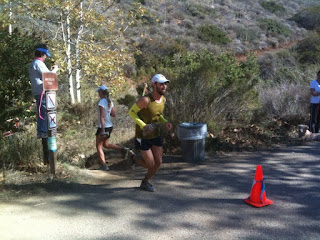 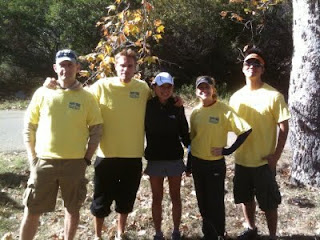 Email ThisBlogThis!Share to TwitterShare to FacebookShare to Pinterest
Labels: PCTR