Stripped down, degreased, new rubber and a lube!

No I haven't just bought a wet-suit...what were you thinking!

One week to go before the training plan starts and in preparation I dropped my bike off at my new LBS (local bike shop). After the move my old LBS (which was ok but not great) is thirty miles away. So after a bit of research I narrowed it down to two and a call to each decided it; it never fails to amaze that people never consider their telephone manner with customers, and that sealed the deal! So off the Wins Wheels I went.

Stripped down chainset, degreased, new cables, wheels re-trued, one new tire (that had been squared off on the trainer) and then rotated, new brake blocks, new bar tape; after a moving fall, relubed, wash and polish and we were good to go. My poor bike was humbled lined up next to S-Works, Ceverlos and Willers and couple of Pinarellos but while the bike is important it's the engine that counts!

I have about a 1000 miles to cover starting next week so starting best foot, or pedal as it were, forward. Here are a few before and after photos. 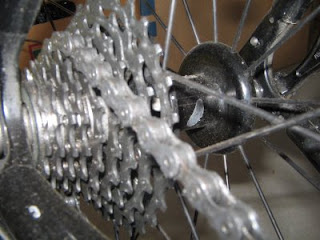 Cassette and rear hub before (above) and after (below) 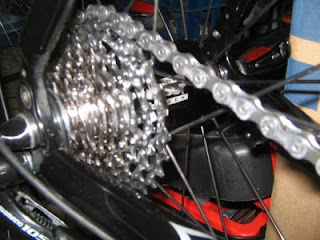 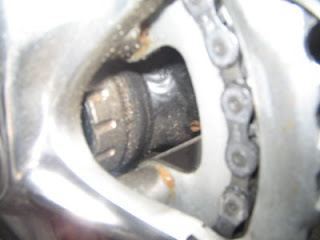 Bottom crankset/bracket (before) above and after (below) 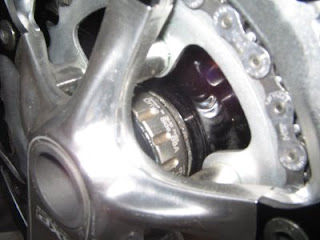 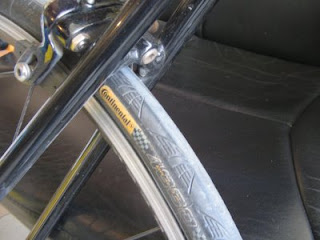 Well worn Continental 4000 squared off by the trainer, replaced and rotated to front 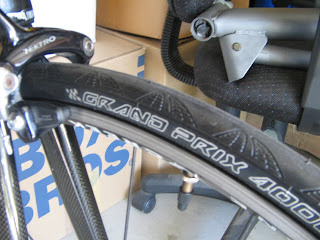 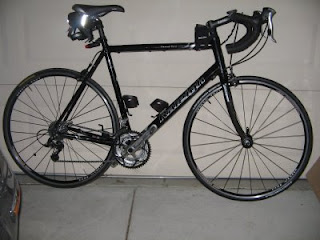