This weekend I headed to Malibu Creek State Park to run one loop of the Bulldog, there is a 25/50k in two weeks and I wondered if I could “fake it till I make it” round the 25k loop! The 50k is two loops. I have only run this race once before, back in 2008! I finished in just under 3 hours, sounds pretty slow right! Well it is but when you consider there is upwards of 4000’ of gain it’s a pretty tough run.

Ironically the weather was not all dry, but it was perfect with cloud cover most of the way and even sprinkles of rain here and there, this is very unusual as normally you would expect clear blue skies and temperatures in the 80’s or even 90s. The run starts out of a parking lot and so for the first few miles there are plenty of hikers and families. You run past where they filmed M*A*S*H and there is a little display with a couple of the old rusted hulls along with some newer more recognizable things. Most people turn around here, it’s about 3 miles in. 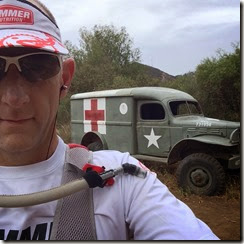 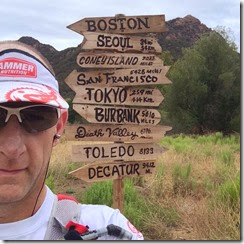 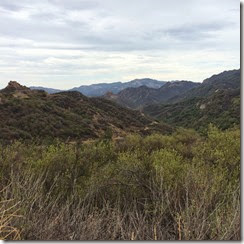 Once past this site you make a left hand turn and start to climb. The climb lasts around 3 miles and then you ridgeline along the bowl until coming back down. There is a funky little twisty bit at the end which leads over a small climb to the finish. I couldn’t find the trail so I ended up a bit short than the 25k/15.5 miles, no worries. It was a push to get around, my running base is thin and my trail miles are practically invisible. Cardiovascular fitness is there it’s just that the body is not used to the pounding that the trail will dish out, especially on the long down hills! These are the sections that kill your quads and stub your toes! 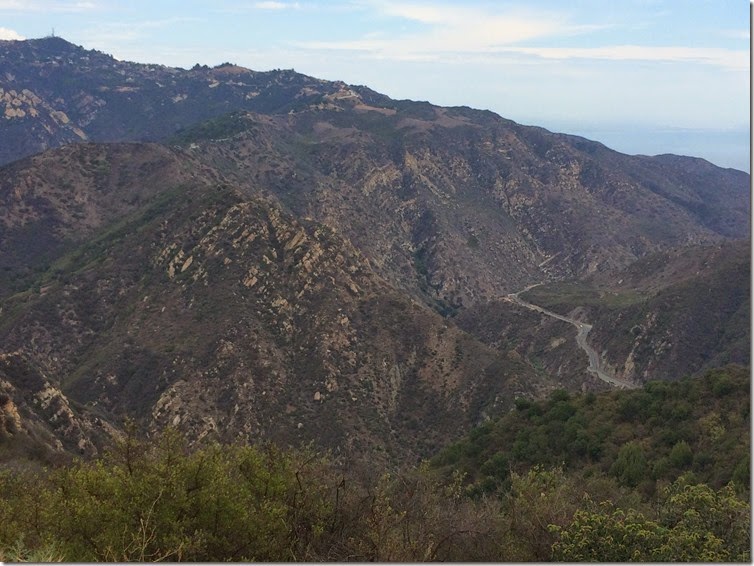 Coming downhill and looking west along Malibu Canyon and out the Pacific Ocean, the white dot is a car

My time wasn’t great but I wasn’t expecting to be, in the end it took 3:15 some 20 minutes (and a mile or two) less than race day six years ago!

So will I sign up. Yes I will, I am long enough in the tooth to get it done without too much issue, will I be racing, probably not. It’s just miles in the bank!