Nice and simple, slightly modified to allow for reality, long run on Saturday just not happening, but on Sunday followed by Monday is very doable.

Based on the 40m-62m plan on 50 miles per week from Relentless Forward Progress by Bryon Powell, coincides nicely with SCM in 13 weeks with a 24 miler on the Sunday. It doesn’t quite fit with Sean O’Brien 50k which is in 26 weeks so I will just repeat weeks 24 and 25. Leona Divide is a staggering 34 weeks away so I can repeat the last 10 weeks or so allowing for tapering, injury or boredom, I have a finite attention span but I feel invigorated to get back on the trails having been working on triathlon and cycling predominantly since November 2011! 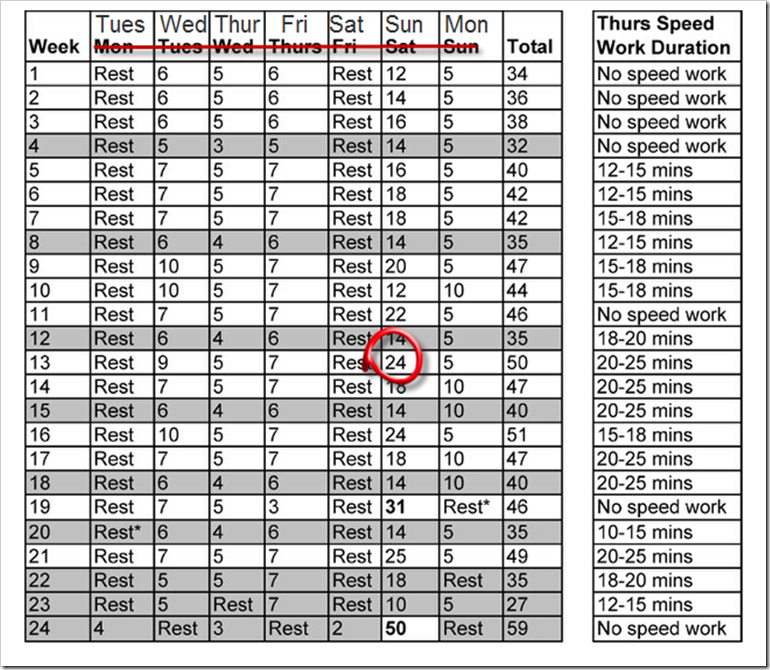 A bit of strength training in there too and I should roll up to LD in pretty good shape…that’s the plan at least!