A month of two halves, kinda. Took a couple of weeks off post Everesting, had plans of running and rowing and doing core and…yeah, nadda, well a bit of rowing!

The second half I was back on the grind piling on the base miles for the first event of the year in February. So this is how it shook out. It worked out pretty well as I was travelling for work and was away for two weeks of the month and I will be away the first week of January too so that month will take a hit. 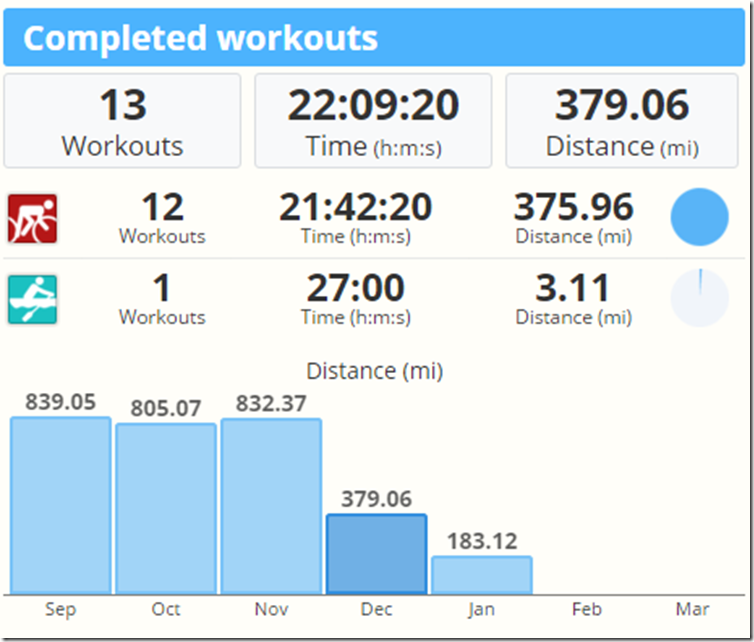 That said with just a couple of weeks training even with Christmas in the mix I was well over 20 hours for the month.