This past weekend my plan called for a 50k. As there were no races on any calendar I could find I decided to run the Sean O’Brien 50k course in advance of the race in February. The course runs along an out and back section of the Backbone Trail in the Santa Monica Mountains. I have run much of it before but never strung together in this order.

Becca was planning for a 16 miles so we came up a plan for her to run with me for the first 8 miles and then turnaround and head back to the car, we had left my car around M14 and I would use that for SAG. As we started late we skipped the first couple of miles and headed to the next parking lot which would allow Becca more time on the main climb of the run and after our abandoned run due to the rain a couple of weeks ago it made more sense. 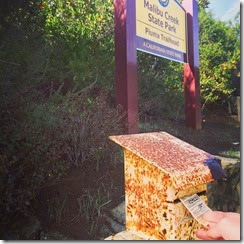 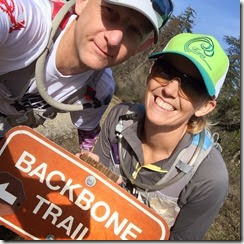 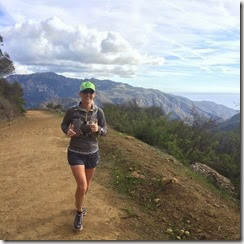 With the car parked and the obligatory selfies taken we were off! This section is the grittiest of the entire race with 1600’ of gain over the first four miles. For obvious reasons there is no going out fast for this! It’s very much a case of run anything runnable and walk the rest!

After the last couple of weeks rain we saw plenty of signs of erosion; sinkholes in the trail, this was about 8’ long and 3’ deep and rocks washed down the hillside, this was well pretty big; 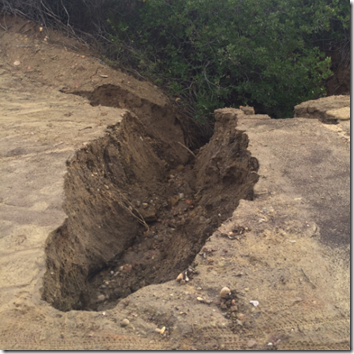 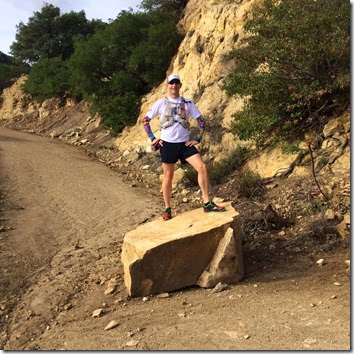 At Corral Canyon Becca was due to turnaround however this was all new trail to her and she was very turned around. A quick replan and we agreed we would run on the next section together to my car and see how much was left for her to reach the 16 mark.

The section from Corral Canyon is mostly runnable but has a nasty climb around Mile 8 with nearly 500’ of climbing. These are just some random shots from along the trail. 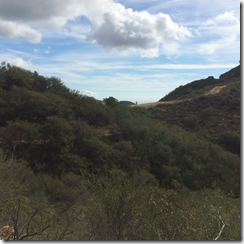 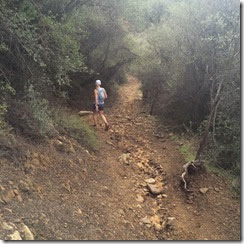 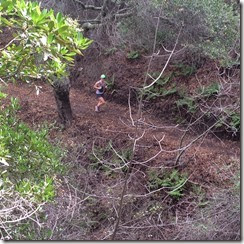 We got to the car after just over 9 miles. Another replan for Becca and then we came up with a plan to run on another 3.5 miles and turnaround and use my car to get back to the start and meet up with me later…with that plan made we were off!

This section is one I have only run once back in 2009 so it was all a good refresher. The trail has lots of twists and turns but was mostly runnable. I ran onto the actual race turnaround, cutting off the first couple of miles meant that I was going to be short overall but I would worry about that at the end of the day. 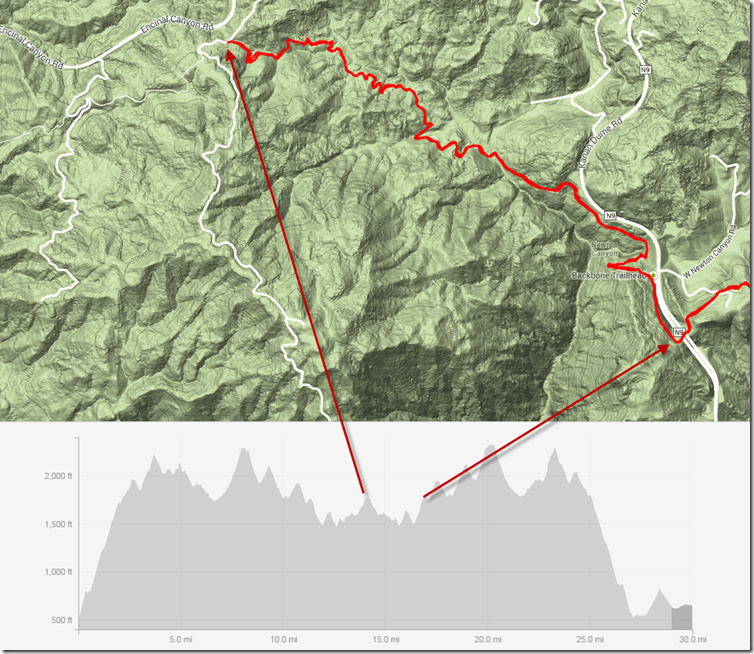 I hit the halfway point and then back at the parking lot Becca and I parted company. I was on the way back. My main goal was to keep a steady and maintainable pace and that was pretty much achieved with the exception of the really steep climbs. I let Becca know my locations as I was coming back to the start and as the light was fading I decided to head to the actual race start to add up my mileage. I had stupidly stopped my Garmin and forgotten to start it so I missed a mile and about 12 minutes of actually recording but trust me my legs were very aware of it!

I had to take a slight detour as what was usual a little steam was a 2-3’ deep fast moving river! I finished in the dark and by the illumination of the light on my iPhone I ran the last mile to the parking lot to be collected by Becca! I was half a mile short so I ran around in circles a bit to round it up. Knowing this I am estimating that the race distance will be closer to 33 miles. 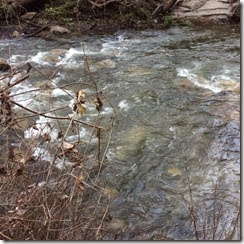 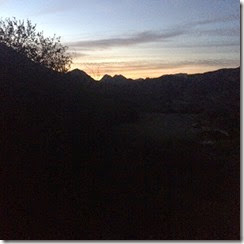 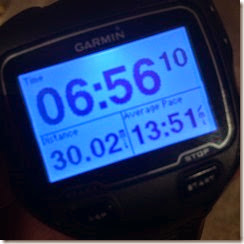 So 31 not pretty miles in the bank. This is actually my first “ultra” since  2011 and was for sure a good eye opener. There’s plenty of work needed in the next 6 weeks to get me along this course faster than last weekend!