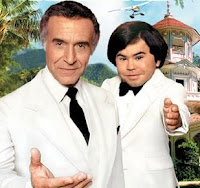 So after much deliberation this is the fruit of my labor. Despite trying my best to apply the basic principle of KISS (Keep it simple SLB!) I find myself having to triple guess my target race, I am deliberating between the two main races; Mt Disappointment and the Sierra Nevada Endurance Run the decision point is the 8 week mark. I also have been served a fastball (marked as CCC, more on that later) which may throw the schedule off so I have had to include that as a possibility; ironically it falls at the optimum training point.

In designing the program I wanted to incorporate a large amount of cycling and therefore it rotates on a bi-weekly (every two weeks) between back to back long run weekends and long run/long ride weekends, I included the cycling as a balance to the running as they work different muscle groups, there is a mileage ratio of 1:1 on back to back long run weeks and 2:1 on long run/long ride weeks. Each day also incorporates a Core Performance workout which addresses, Power, Strength and Regeneration. It’s slightly off kilter from the get-go as I have a potential century ride on the first weekend, at this stage I am not sure if I will do the metric century (62 miles) or the miles one and I am overseas from the 11th for a week, but hey that's life!

Tomorrow I hit the local trails in the XT Wings, I have been wearing them around the house for the last week and so far so good, I'll post a review over the weekend.