Did that just happen?

I will definitely be filing this under “did that just happen”!

As I mentioned in the Nine Trails Race Report I was wearing my Garmin Vivofit. It’s a funky little device but I really like it. You may think hang on he runs all these miles why does he need a Vivofit to count his steps? That’s a good question! The main reason for getting it was that I do have a pretty sedentary job, I sit at a desk or in meetings for a fair bit or my day. It’s also bookended with 55 mile each way commute. The reason I love it is that it reminds me to get up and walk around a bit every hour or so, the red bar is a reminder of inactivity, initially an hour and then in 15 minutes increments.

Garmin has since released Version 2 which is a bit niftier and also the Vivosmart which has more bells and whistles…not literally as that would be awkward on your wrist!

As always Ray over at DCRainmaker has written very through reviews on all these devices Vivofit 1, Vivoft 2 and Vivosmart.

Anyway as you would expect my step count from Nine Trails was a little high…actually it was very high, by the end of the day when I took this photo I had lots and lots and lots of steps!

Being the social media maven I posted a photo to Instagram and tagged Garmin Fitness asking then would the digit count rollover? They replied overnight asking if they could repost the photo on their account, I said of course! 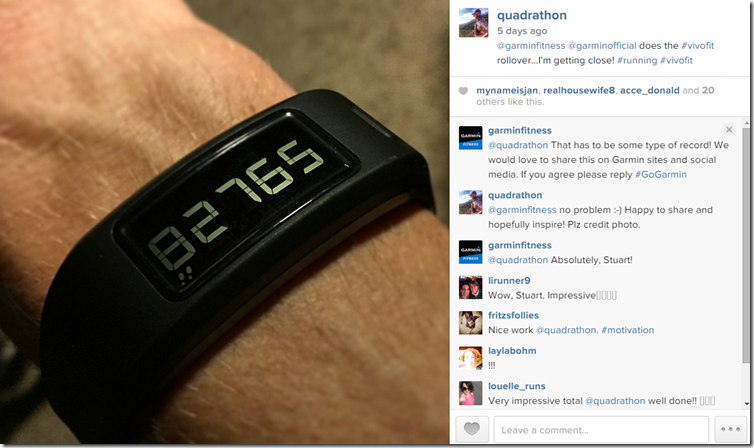 One thing led to another and after some email back and forward over a few days I received this email from Garmin! 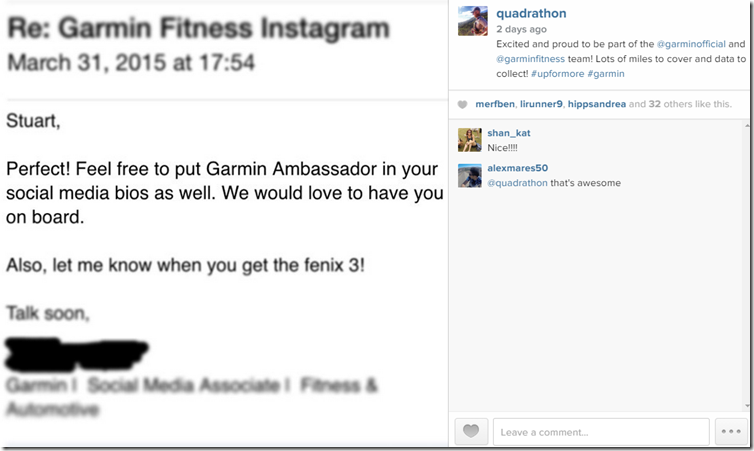 Speechless didn’t quite describe it but suffice to say I was doing my happy dance!

I expect to see the “rollover” in a couple of weeks!