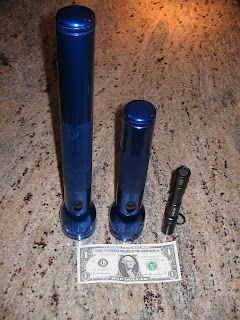 Fall is here, it’s not light until 6:30am and it’s dark by 6:30pm. This means that those long weekend runs will be starting in the dark and sometimes finishing in the dark. This is going to be good practice for Coyote 2 Moons 100k race in March where you guestimate your duration time and then you get placed in a starting group and start running Saturday some time with a view to completing around 10am Sunday morning.

The truth is I have looked at the race website five or six times and I am still confused, but somehow this is not surprising given the RD signs off as Chief Idiot, somehow I feel strangely reassured.

Anyway I digress. The Fenix 2LD is a torch (or flashlight depending on your poison) and as a picture is worth a 1000 words and I am tired here’s six, well two that are made up of three photos each.

The first three are a series of shots of an orange tree in our back yard taken at 9pm with a half moon being the only other light source from a distance of around 15 feet. From left to right they a 4 cell Maglite, a 3 cell Maglite and the Fenix 2LD. The photo is blurred but look at the illumination not the focus.

The second set, in the same order, are of just in front of my feet and while they do look eerily like the moon they are photos of essentially dirt.

I think the results are self explanatory and to be honest the camera does not show the extent of illumination from any of the torches but you do get the general idea from the side by side comparison. If you want all the technical info you can read about here. It’s probably way overkill for running around the streets, although at night I am in a fluorescent vest and Peztl headtorch; this is the land of lunatic drivers after all, but for running on trails at night it’s certainly going to shed some light on your chosen path. As you can see from the photo above do not be fooled by it's size; it packs a punch way beyond that of the Maglites and only uses 2 AA batteries not D cells. For the late night cyclist out there there is a bike mount available too.

Email ThisBlogThis!Share to TwitterShare to FacebookShare to Pinterest
Labels: Gizmos and Gadgets